in a news nutshell zurück zum Inhalt The Ancient Law As part of the Berlinale Classics programme, the 68th Berlin International Film Festival will be presenting Ewald André Dupont‘s silent Das alte Gesetz (The Ancient Law, Germany, 1923) as a special screening with live music. The film, digitally restored under the auspices of the Deutsche Kinemathek, and accompanied by new music by French composer Philippe Schoeller, will have its world premiere on February 16, 2018 in the Friedrichstadt-Palast. The Ancient Law is an important piece of German-Jewish cinematic history; it contrasts the closed world of an Eastern European shtetl with the liberal mores of 1860s Vienna, and tackles the issue of the assimilation of Jews in 19th century Europe. The Deutsche Kinemathek undertook the first efforts at reconstructing the film in 1984, trying to get as close to the original version as possible, as far as the sources available at the time allowed. When the original censor’s certificate was later uncovered, containing the text of the title cards, it would eventually provide the impetus for renewed research efforts world-wide and finally for a new, digital restoration. Das alte Gesetz (The Ancient Law) Ewald André Dupont, Germany, 1923 World premiere of the digitally restored version in 2K DCP Quelle: Deutsche Kinemathek “With its authentic set design and an excellent ensemble of actors, all captured magnificently by cinematographer Theodor Sparkuhl, The Ancient Law is an outstanding example of the creativity of Jewish filmmakers in 1920s Germany“, says Rainer Rother, head of the Retrospective section and artistic director of the Deutsche Kinemathek – Museum für Film und Fernsehen. The new music by Philippe Schoeller was commissioned by ZDF/ ARTE. Schoeller gets to the heart of the film with meticulously composed ensemble music that employs all the techniques of a modern soundtrack. It consciously establishes some historical distance to the film itself and uses a tapestry of translucid sounds to emphasise the visual excellence of the silent classic. The composition will be performed by the Orchester Jakobsplatz München, with Daniel Grossmann at the podium. The new restoration drew upon nitrate prints in five different languages found in archives in Europe and the US. The text of the original German title cards was long thought lost. It was not until the censor’s certificate listing the intertitles was unearthed that the restoration team from the Deutsche Kinemathek could accurately reconstruct them, as well as correcting and finalising the editing. The colour concept was based primarily on two found prints nearly identical in their colourisation. So this is the first time that a version corresponding to the 1920s German theatrical release will be shown, both in its original length, and with the colourisation digitally restored. The Berlinale screening marks the start of the film’s tour to several cities, mainly in Eastern Europe, that were once hubs of Jewish life, including Vilnius, Budapest, Warsaw, and Vienna. It will also be shown at the Silent Film Festival in San Francisco. The restored version will debut on television on February 19, 2018 on the ARTE channel. Simultaneously, absolut MEDIEN will release a DVD as part of its ARTE EDITION series, containing a wealth of bonus material on the restoration process. www.berlinale.de © NOA Future Proof Archiving Innovations Many institutions, including broadcasters and media library agencies, have come to realize that the race is on to transfer media to secure archives before replaying of tapes becomes impossible. However, transferring from tape is only half the story as many assets were recorded before proper metadata annotation was introduced and in many cases the existing information describing archived content is disjointed and minimal at best. In response to these needs and in collaboration with broadcasters, the Vienna based AV digitizing and archiving specialist NOA GmbH has developed tools to automate and simplify the process of digitization, storage and retrieval of media content as well as appropriate metadata annotation and management. “Sustainable long term preservation of media content is guaranteed and continuous checks for transfer integrity during digitization ensure that only highest possible quality of audio and video content is going into the archive”, states Christophe Kummer, Managing Partner of NOA. The mediARC system includes the three fundamental areas of an archive project; metadata (description of the media content), media storage and conversion, and workflows (controlling, creating and processing information). Open Archival Information System (OASIS), a framework designed to future proof archives, is at the core of NOA’s database design. Part of its application is the use of open source resources, especially concerning video encoding, to ensure that archival content remains accessible for decades to come; high performance open source video codec FFV1 provides mathematically lossless intra-frame compression with competitive bit rates while ensuring longevity of archival content. “Archive storage is only as good as information retrieval and there is no point in storing anything if we cannot recover it later”, says Christophe Kummer. “Metadata is the key to asset retrieval and NOA has gone to great lengths to make our database work with many different data types and metadata standards.” Integration of QC processes and metadata edit validation into production workflows is another core feature. Both mediARC and jobDB provide a highly flexible workflow engine, which is used for all basic input/output tasks around the archive, including ingestion and exporting. Therein, workflows can be adjusted manually to create individual sets of specialized workflows. NOA’s systems easily scale to meet the needs of broadcasters as their libraries and archives expand, either in datacentres or cloud. To date, more than 7,000 users worldwide successfully digitized and archived over 3.3 million hours of legacy video and audio material using NOA technology, which is installed in more than thirty international institutions including Austria’s ORF, Sweden Radio (SRF), Yleisradio Finland (YLS) or Vlaamse Radio- en Televisieomroep (VRT). NOA will be exhibiting at CABSAT 2018 (January 14 – 16). “Our presence at CABSAT 2018 coincides with some important large-scale projects in the region that will be completed this year. We’ll be showing our cutting-edge and easy-to-use archiving innovations”, explains Christophe Kummer. www.noa-archive.com MEDIA BIZ 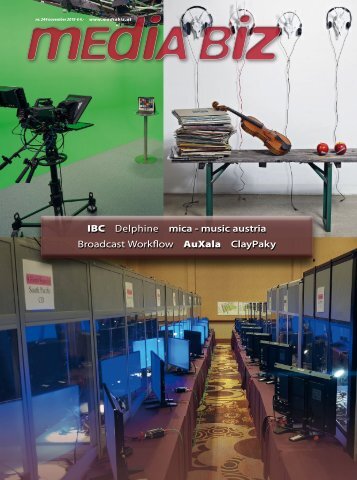 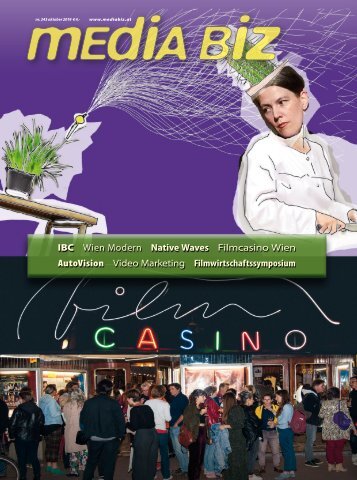 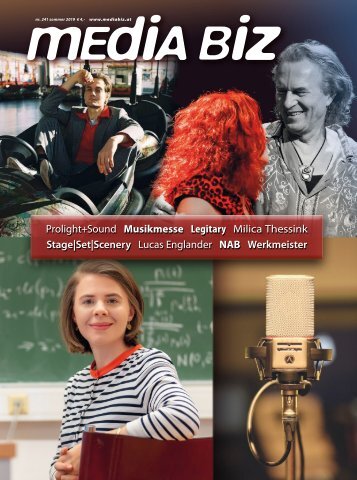 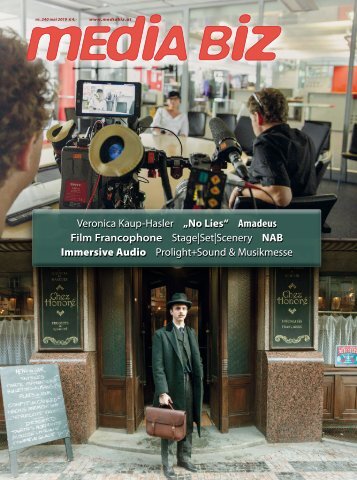 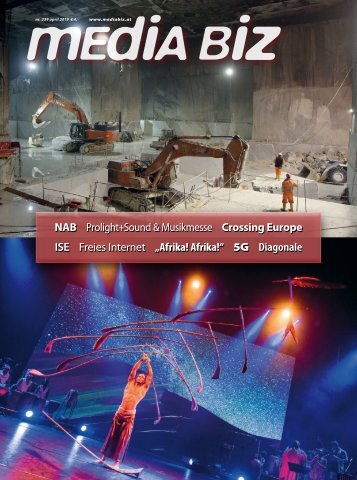 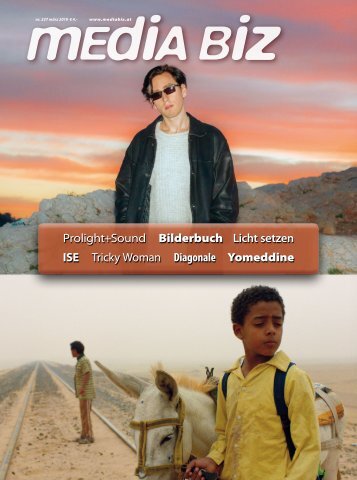 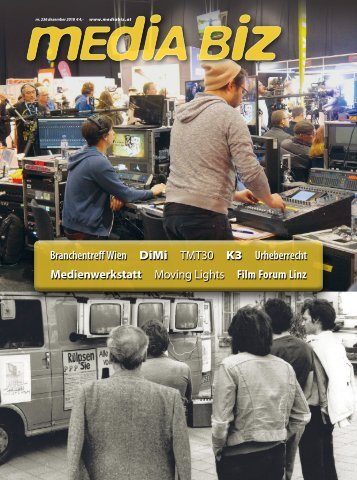 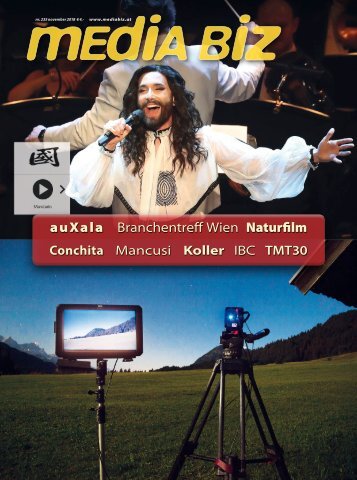 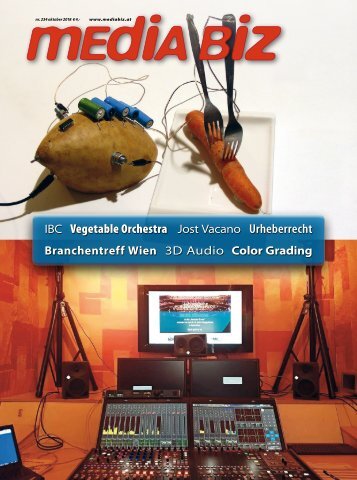 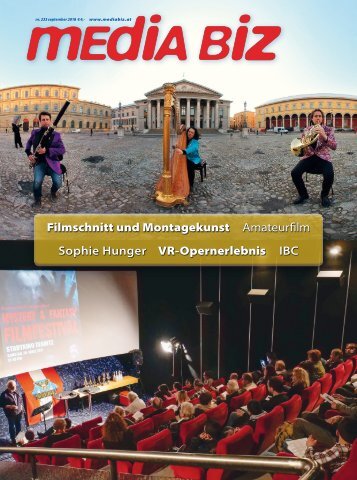 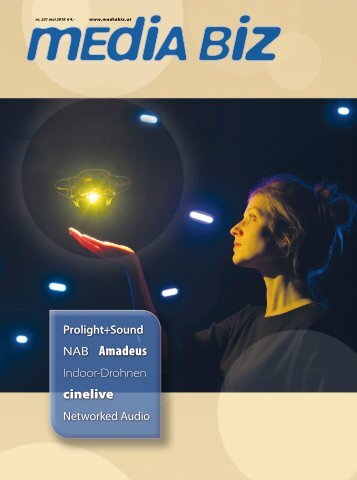 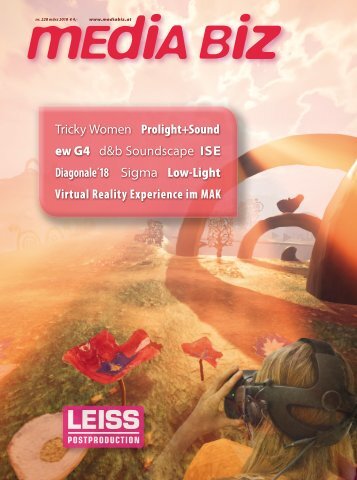 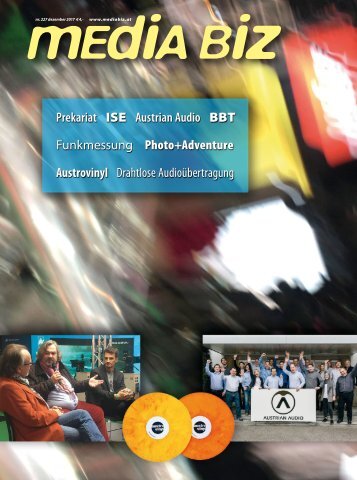